Since its inception, FIWAL has hosted an annual or biennial conference, each with its own theme.  Past conferences are described below.

12 May 2016
‘Making It – Success against the Odds: Women Who Have Fought and Won’. This biennial conference and FIWAL 30th Year Celebraton engaged attendees with inspiring stories of female struggle for success against the odds told by our very impressive speakers, Diana Chan (CEO of Euro CCP); Dr Kamel Hothi (Head of Fundraising Lloyds Bank); Tasleem Mulhall (Photojournalist, artist and women’s campaigner) and moderator Rita Payne (President of the Commonwealth Journalists Association).

2014
‘The Substance of Style’ was held on Monday 12th May at the Churchill Hotel in London. 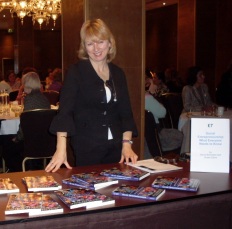 2010
‘Women of Vision’FIWAL welcomed four guest speakers at the May Fair Hotel. Dr Mithu Alur has worked with disadvantaged children since 1966 and is the Founder Chairperson of ADAPT, a society in India providing a holistic model for assisting severely disabled children. Carole Cochrane of The Princess Royal Trust for Carers has enjoyed a length, exciting and successful career in the voluntary sector. Baroness Mary Goudie, has been a Member of the House of Lords since 1998 when she was appointed a life peer. Among her many activities, she is Chair of the Women Leaders’ Council to Fight Human Trafficking at UN.Gift and is active with Vital Voices, Piggybankkids and Share Gift. Founder and Chairwoman of “Women for Women International,” Zainab Salbi has been honoured for the work she has done to help women in war-torn countries. The Washington Post stated “Salbi’s vision is that by strengthening women, her organization [Women for Women International] can help rebuild communities and nations.” Photos of the event can be viewed by clicking here. (Shown below from left to right: Mithu Alur, Carole Cochrane, Mary Goudie, Zainab Salbi)

2008
‘The Plight of the Young Across Cultures’.This fully booked and inspirational conference was opened by HRH The Princess Royal. It had a distinguished, internationally known and respected panel of speakers, who gave the the audience a very thought provoking time, talking of the many problems facing the young today from sex trafficking to family breakdown and neglect. 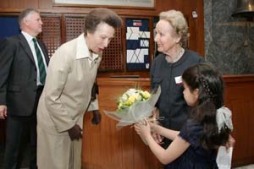 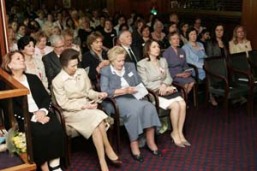 2001
‘Women’s Health-Diagnosis and Prevention’ – a conference held at the Royal Geographical Society with eight distinguished speakers who highlighted the latest techniques and developments in the treatment of some of the major illnesses affecting women.

2000
‘The Global Humanity of FIWAL – Millennium Luncheon’ – held at the ballroom of the Dorchester Hotel with guest speakers Kate Adie and Christine McCafferty MP Member Associations who gave illustrations and examples of their voluntary and charitable work detailing the valued contribution made in serving humanity.

1997
‘Women Towards the Millennium’ – a conference held at the Royal Geographical Society where stimulating addresses were given by distinguished speakers analyzing the changing role of women in society as the new millennium approached.

1995
‘Women and Communication’ – a conference held at the Royal Geographical Society highlighted how advances in communication can be of benefit to all women in their involvement in the fields of Economics, Politics and the Media.

1994
‘Around the World with Tales and Tapestries’ – an exhibition and luncheon at Claridge’s. Clubs displayed exquisite pieces of needlework, some rare, and all typical of their countries. There were four professional storytellers from Britain, India, Thailand and the Caribbean.

1993
‘Women and Europe’ – a conference at the Royal Institute of British Architects which highlighted the role played by women in Europe. This was organized by the members of FIWAL’s European Associations, together with the European Movement.

1992
‘Around the World with Table Settings’ – a luncheon at Claridge’s with table settings typical of the countries represented by FIWAL.

1991
‘Around the World with Art’ – an exhibition of women artists, both professional and amateur , all who are members of FIWAL clubs.

1990
‘Around the World with Music’ – a luncheon at the Café Royal during which music from the four corners of the world was played by musicians representing member Associations.

1989
‘Around the World with Fashion’ – a fashion fiesta displaying the national costumes of member clubs.